The Case that Shook India: The Verdict That Led to the Emergency 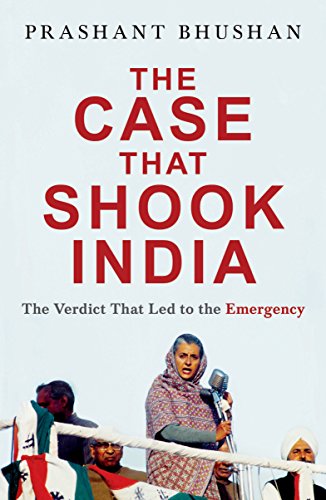 On 12 June 1975, for the first time in independent India’s history, the election of a prime minister was set aside by a High Court judgment. The watershed case, Indira Gandhi v. Raj Narain, acted as the catalyst for the imposition of the Emergency. Based on detailed notes of the court proceedings, The Case That Shook India is both a legal and a historical document of a case that decisively shaped India’s political destiny.

The author, advocate Prashant Bhushan, sets out to reveal the goings-on inside the court as well as the manoeuvrings outside it, including threats, bribes and deceit. Providing a blow-by-blow account, he vividly recreates courtroom scenes. As the case goes to the Supreme Court, we see how a ruling government can misuse legislative power to save the PM’s election.

Through his forceful and gripping narrative, Bhushan offers the reader a front-row seat to watch one of India’s most important legal dramas unfold.