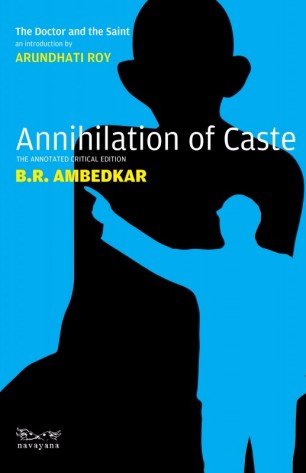 Annihilation of caste is an undelivered speech by Dr. B.R.Ambedkar which he later self-published in 1936. The subject of the speech was based on the harmful effects of casteism in the Hindu society. It was written to be used as the presidential address for the Jat-Pat Todak Mandal annual conference, which is a reformist Hindu group. However, this invitation was withheld sometime down the line as the address was labelled to have ‘unbearable’ content. Gandhiji also made some strict remarks about the speech accusing it of being anti-congress. In the after edition of this book, Dr. B.R. Ambedkar replied to Mahatma Gandhi’s comments that he had made in his magazine Harijaan. It was translated in Tamil in the year 1937. This essay talks about the caste system and the need for its destruction. He felt that in order to annihilate caste, India needs to debunk the Manusmritis. He discussed several ways in which the discrimination based on caste could be erased. He was a supporter of the inter-caste marriages. He advocated the absolute destruction of archaic texts that have been perpetuating caste system and the rules around it from the Indian society. This essay is still very relevant for India because of the national debate and tremor that has been felt, especially in the education sector due to politics channelled through the caste system. Reading Ambedkar’s revolutionizing speech in ‘Annihilation of caste’ opens your eyes to the perils faced by the Dalit community and makes you aware of their fight for equality. Dr. B.R.Ambedkar wanted everyone to realize that Dalits are an integral part of our society and not just a mere pawn in the political ideology. To have an opinion on that, read this book and the gripping yet complex introduction by Arundhati Roy. She talks at length about the debate between Ambedkar and Gandhi.

Dr. B.R.Ambedkar was the pioneer of Dalit movement. He was an economist, lawyer and a social worker who fought for the Dalit rights and led the Dalit Buddhist movement. He studied law at Columbia University and did various doctorates at London School of Economics. He is considered the father of the Constitution of India. He embraced Buddhism in 1956, leading to mass conversion among Dalits.

This book is illustrated by Arundhati Roy. She is the winner of Man Booker Prize for Fiction for her 1997 novel ‘The God of Small Things’. She is also a political activist and a vocal advocate of human rights and environmental issues.

The book is available online for convenient shopping. You can bag this book from Amazon.in today by following a few easy steps.